What better place to be on a sunny spring Saturday than the Hibernian Club in Albany surrounded by fifes, drums, and the fine players thereof: 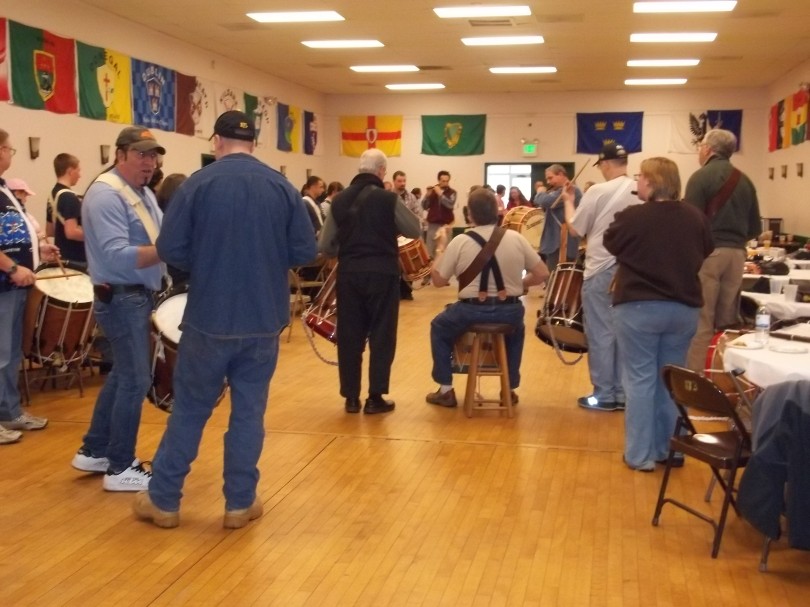 Western NY was well represented, too, by the fine fifers of Towpath Volunteers and Excelsior Brigade… 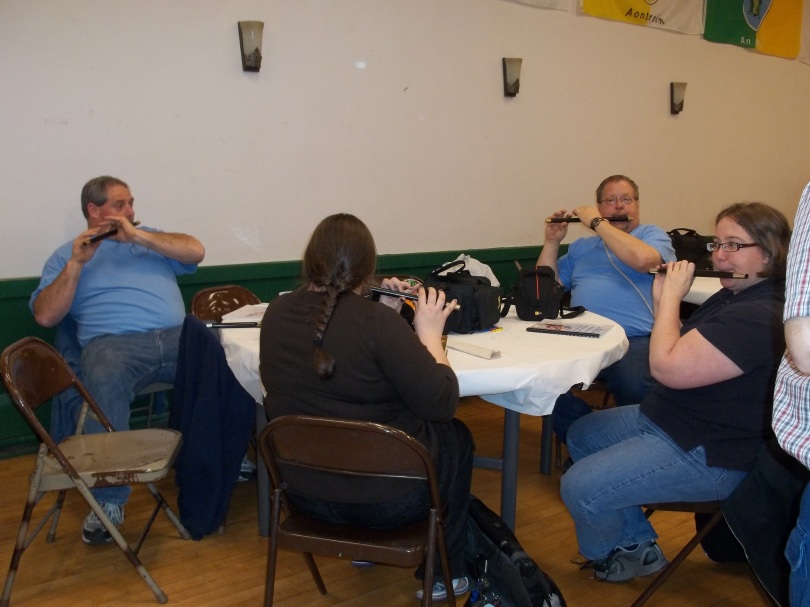 ..and even some Camden Continental drummers:

N.B. Let it be known that someone who may or may not be associated with this blog took pity upon St. Patrick (seen here in the background attempting to cover his ears). . . just sayin'. . .in case anybody finds bright yellow earplugs stuck in his ears. . .

Everyone knows these famous Sons and Daughters: 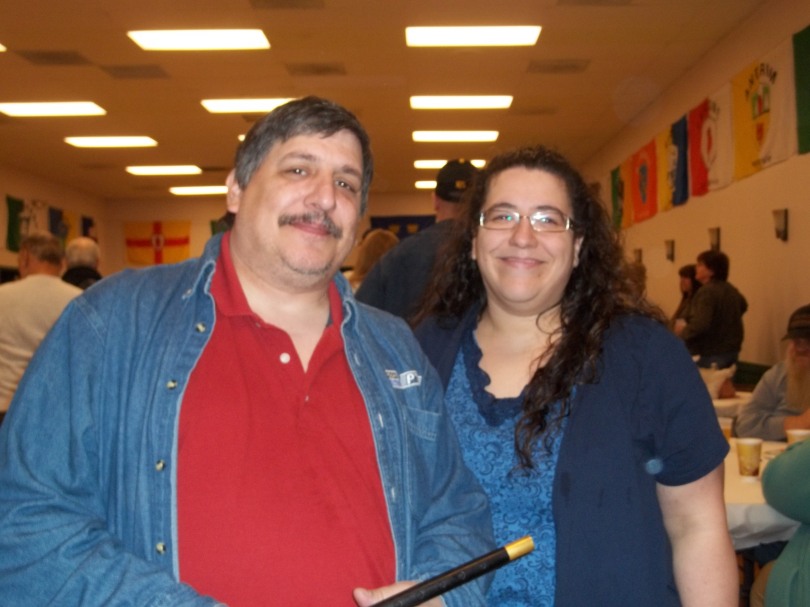 I hear they are changing the name to the Sons, Daughters, and Granddaughters of Liberty (said namesake seen here dozing off despite a rousing Paddy O’Toole): 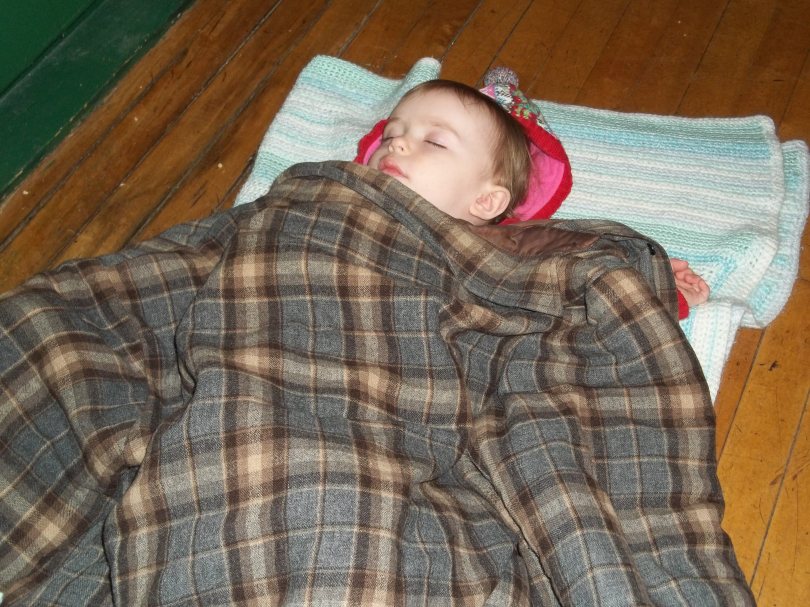 With the jollification in full swing:

I hear that a few years ago one of these drummers, who may or may not be a rocket scientist, traded an original Gus Moeller drum for a Cooperman and actually thought *he* got the better of the deal!

“Excuse me, I hafta go to the bathroom!” 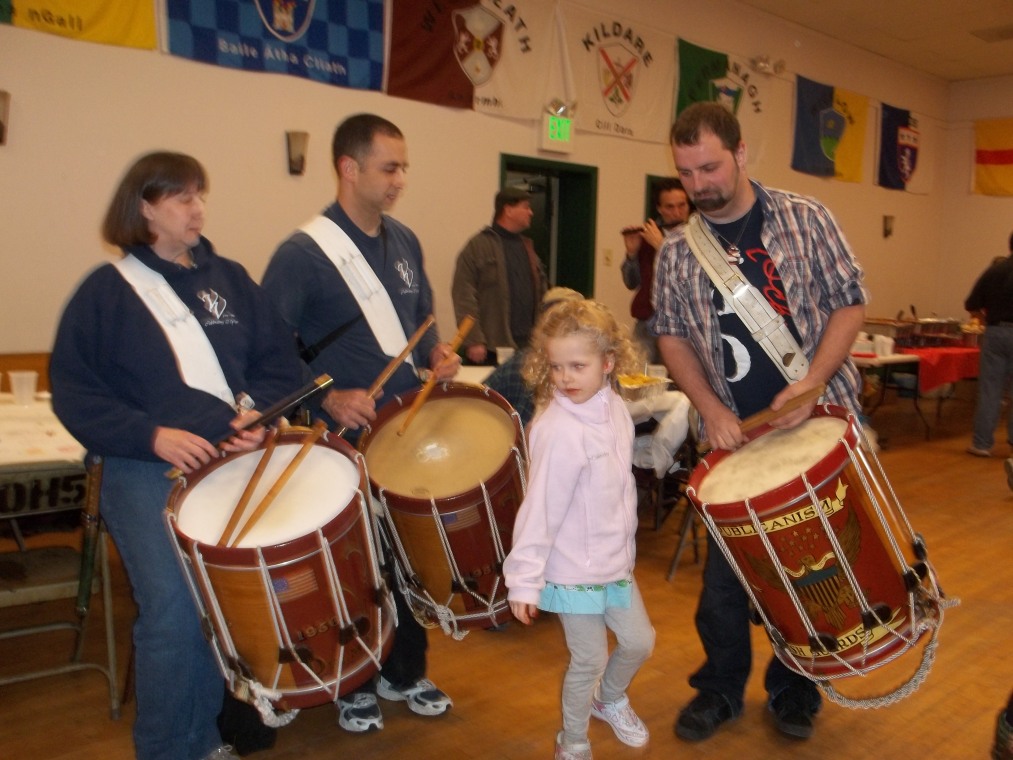 The Lone Drummer from Warehouse Point, proving that yes, indeed, there IS life after Robin! 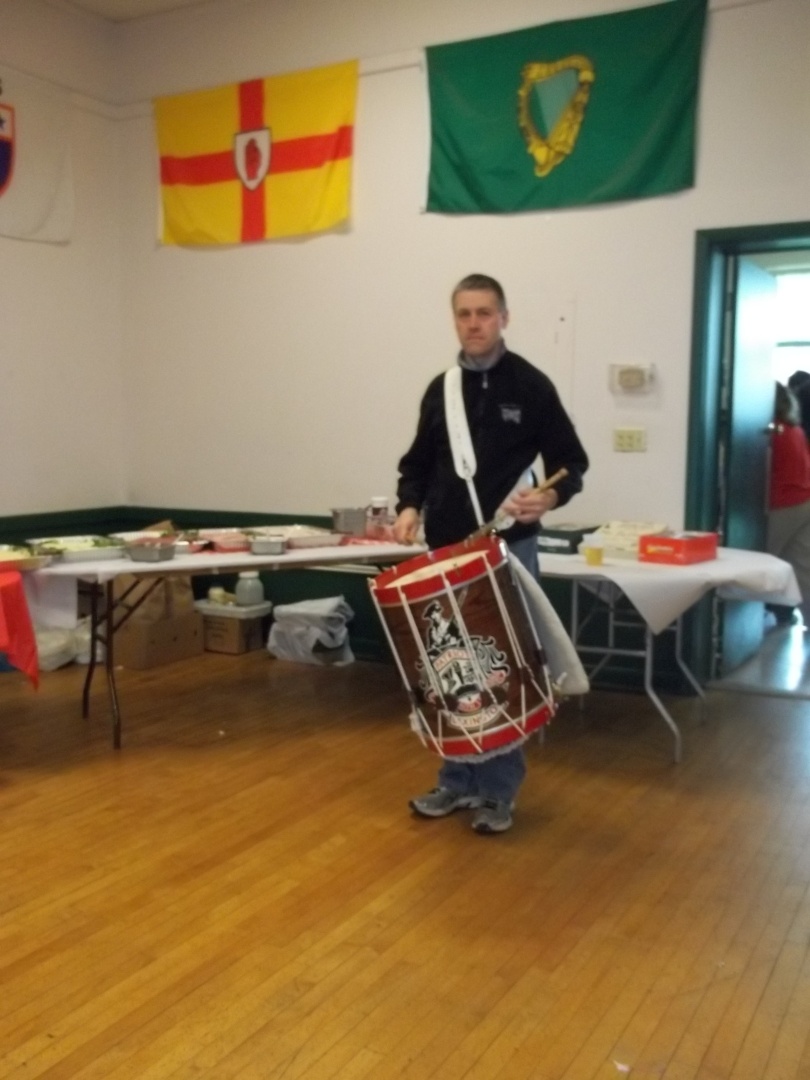 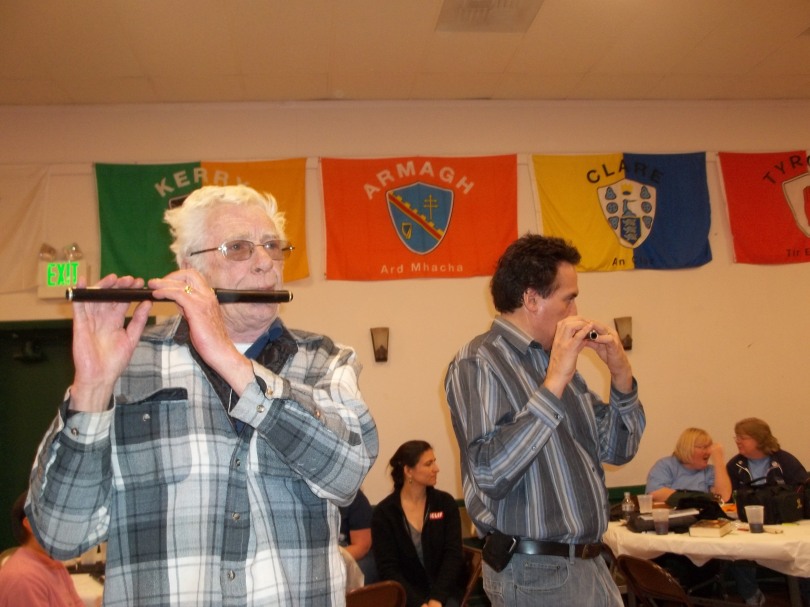 The Troopers may be taking a year off, but not *these* Troopers:

A candidate for the Corps of Invalids and Wounded: 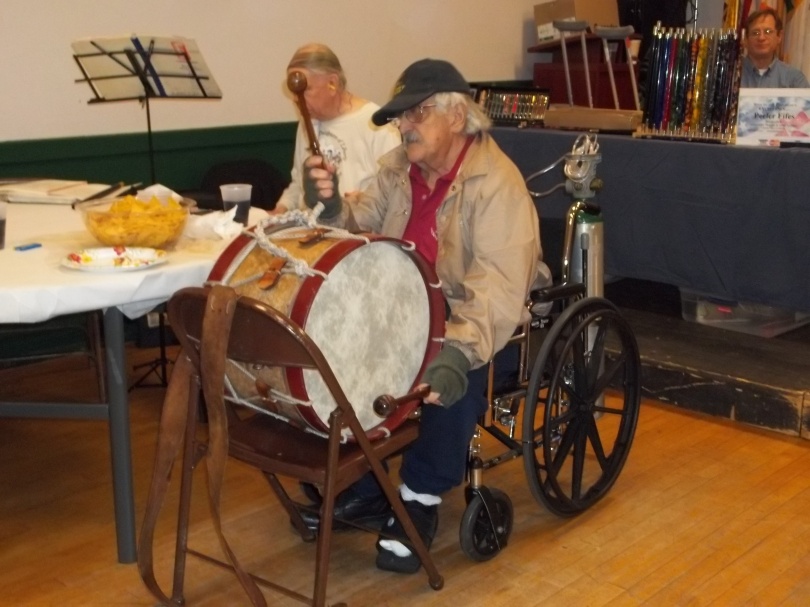 LOVE his Sue-sized drum, I want me one of those!

There were plenty of Peeler Product showing up in the fife line (Patricia and Sabrina, making those Firth&Pond Model Peelers sing):

But the Swirly Acrylics were the hit of the day, available in Brilliant Blue, Radiant Red, Gorgeous Green, Pretty Pumpkin, Boring Black, and Hideous Gray: 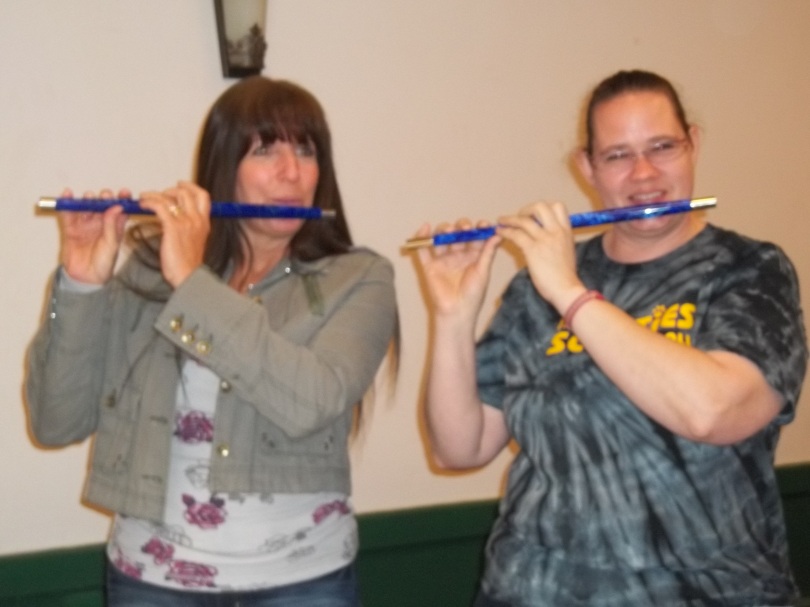 Blue is my favorite, but I'm still waiting for one in Pretty Purple. . . 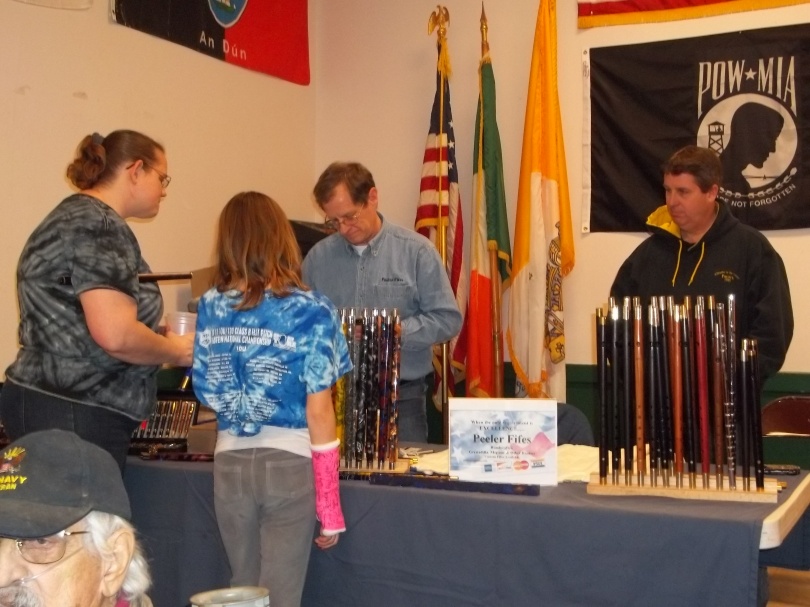 It was great to see Shippin’ George, that sumbitch:

Something for everyone, even Shippin’ George: 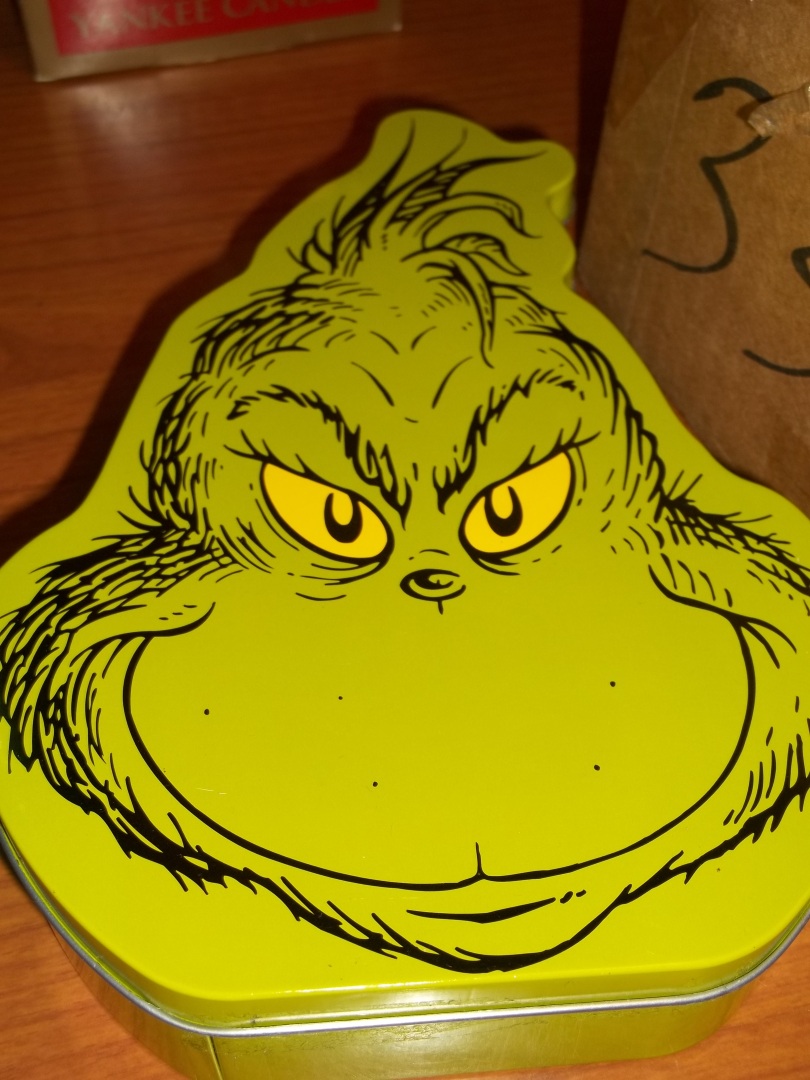 Genuine Handcrafted Persimmon Fife destined for the Moodus 2012 Muster bonfire,  until saved by this sweet child, who promises to play Yankee Doodle on it at NoFoolin’ 2013: 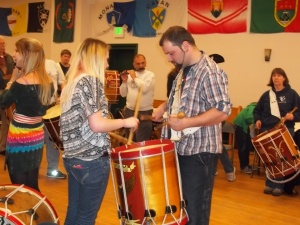 Uh, no, he lies.  I can, with 100% certainty, say that that is NOT Sue:  Too much facial hair, for one thing, and definitely not enough Diet Coke, those are dead give-aways.

Thanks, Adamsville, for a wonderful day!!

What Do You Think?

Not Ancient but Fun Nonetheless

Other Ancient Sites and Blogs